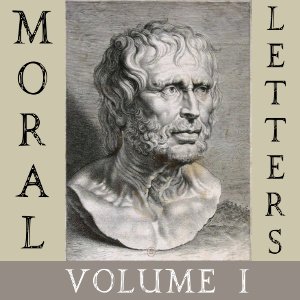 Lucius Annaeus Seneca (4 - 65)
Lucius Annaeus Seneca (often known simply as Seneca; ca. 4 BC – AD 65) was a Roman Stoic philosopher, statesman, dramatist, and in one work humorist, of the Silver Age of Latin literature. He was tutor and later advisor to emperor Nero. While he was later forced to commit suicide for alleged complicity in the Pisonian conspiracy to assassinate Nero, the last of the Julio-Claudian emperors, he may have been innocent. Moral Letters, Vol. I

Lucius Annaeus SENECA (4 - 65), translated by Richard M. GUMMERE (1883 - 1969)
"Among the personalities of the early Roman Empire there are few who offer to the readers of to-day such dramatic interest as does Lucius Annaeus Seneca, the author of the Epistles which are translated in this volume. ... In these letters, it is impossible to ignore the advance from a somewhat stiff and Ciceronian point of view into the attractive and debatable land of what one may fairly call modern ideas. The style of the Epistles is bold, and so is the thought." (from the Introduction).

Moral letters to Lucilius/
See why Tim Ferriss recommends this book to everyone.

Q & A with Tim Ferriss:  Video and Article by Alice Bradley via lifehacker.